Robert Beardsley is an associate with the firm, practicing in the areas of medical malpractice, construction defect, personal injury and municipal liability. Mr. Beardsley is an experienced trial lawyer, having successfully tried over 35 cases to verdict.

Robert Beardsley is an associate with the firm, practicing in the areas of medical malpractice, construction defect, personal injury and municipal liability. His primary focus is defending doctors, hospitals and other healthcare providers in malpractice cases. As a former prosecutor, he is an experienced trial lawyer. He has completed over 35 trials to verdict, most of which were complex and often high-profile felony cases involving child or intimate partner abuse and homicide. In 2019, he tried two such first-degree murder trials. In both cases the juries returned verdicts of guilt for all charged counts. Mr. Beardsley has significant experience presenting complex medical testimony to lay jurors. He has been a featured speaker to several multi-disciplinary panels on the topics of felony domestic violence, strangulation, witness recantation and trial advocacy. While in law school, Mr. Beardsley completed a judicial externship clerking for the Honorable Thomas D. Ferraro in the United States District Court and was awarded the Law College Association Scholarship for academic merit.

Bachelor of Arts, College of Social and Behavioral Sciences, Major in Political Science, Minor in Spanish, May 2008 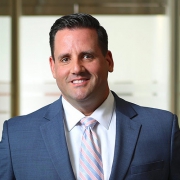 Mr. Eaves is a senior owner and director of the law firm.  He defends doctors, hospitals and other healthcare providers in malpractice cases.   Mr. Eaves also represents governmental entities in various capacities.

Mr. Eaves is a senior owner and director of the firm.  He has been defending doctors, hospitals and other healthcare providers in malpractice cases for 16 years.  Mr. Eaves is a trial lawyer and regularly defends complex medical cases in Arizona courts.  Mr. Eaves is a respected trial attorney and is called upon to represent various governmental entities in high profile cases which are likely to go before a jury.  He has been recognized by his peers as a SuperLawyer and as one of America’s Best Attorneys.

Governmental Entities
Mr. Eaves represents the City of Phoenix as well as Maricopa County in medical malpractice cases, personal injury cases, and cases involving allegations of Constitutional violations. Mr. Eaves also has the honor of serving as a special prosecutor in complex criminal prosecutions from time to time.

Arizona Administrative Law
Mr. Eaves protects the rights of professionals who have been accused of unprofessional conduct in the State of Arizona. He represents Arizona residents as well as others who stand accused of some ethical violation before the Arizona State Bar, the Arizona Medical Board, the Arizona Board of Behavioral Health Examiners and others. 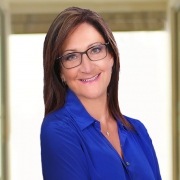 Ms. Burgess is an experienced trial attorney who emphasizes health care, medical malpractice, product liability, professional liability, employment law, personal injury and municipal liability in her practice. She has tried cases in state and federal courts, on issues ranging from complex medical negligence claims, to police use-of-force and constitutional claims, and has argued appeals in Arizona’s Appellate and Supreme courts, and before the 9th Circuit Court of Appeals. In 2013 she prosecuted a murder-for-hire case as a special prosecutor for the Maricopa County Attorney’s Office resulting in a conviction on all counts, and in 2014 she prosecuted a high profile fraud matter, also as a special prosecutor. She serves as a Judge Pro Tem in the Maricopa County Superior Court, and also acts as a mediator for settlement conferences.

In the healthcare field, Ms. Burgess counsels and represents individual physicians and chiropractors, as well as hospitals, group homes, behavioral health providers, nurses and paramedics. In addition to litigation, she handles representation of healthcare providers before their licensing boards and provides counseling to clients to help them avoid litigation when possible. Ms. Burgess also regularly represents public entities, in various tort and civil rights litigation matters. She has handled cases involving public transit, accident, roadway design, police and detention officers’ use of force, civil rights, employment, personal injury, prison break and wrongful death claims for various municipalities. She has been an expert witness regarding notice of claim issues.

Ms. Burgess, a firm Shareholder and Director since 2000, is a member of Sanders & Parks’ management team, serving as the firm’s Secretary/Treasurer. She earned her Juris Doctor from Georgetown University Law Center, in 1991. She earned her Bachelor of Arts in American Studies, cum laude, from Wellesley College, in 1988. While at Georgetown, she was a member of the Georgetown Journal of Legal Ethics. She was admitted to practice law in the State of Virginia in 1991, and Arizona in 1993. Following law school, Ms. Burgess was an associate attorney in Washington, D.C., where she focused on health care and corporate transactional practice. Before joining Sanders & Parks, she spent a year as Judicial Clerk with the Honorable Susan A. Ehrlich of the Arizona Court of Appeals, Division One. She is licensed to practice law before the United States Court of Appeals, Fourth and Ninth Circuits.

Ms. Burgess has been recognized for her legal skills by her peers. Since 2013, she has been selected as a “Super Lawyer” in the area of healthcare law, and has been named to Arizona’s Top 50 Lawyers since 2015. Since 2014 she has also been selected as one of Arizona’s top 25 women attorneys. AZ Business Magazine listed Ms. Burgess as one of the top 100 lawyers in Arizona in 2015-2018, and she has been selected as one of Arizona’s Business Leaders. She was recognized as a Woman of Achievement by In Business Magazine. She has also been ranked as one of the top healthcare attorneys in Arizona by Ranking Arizona magazine. She is rated “AV Preeminent” by Martindale-Hubbell, has been recognized as a top healthcare attorney nationally, and has appeared on CBS as a legal analyst/expert.